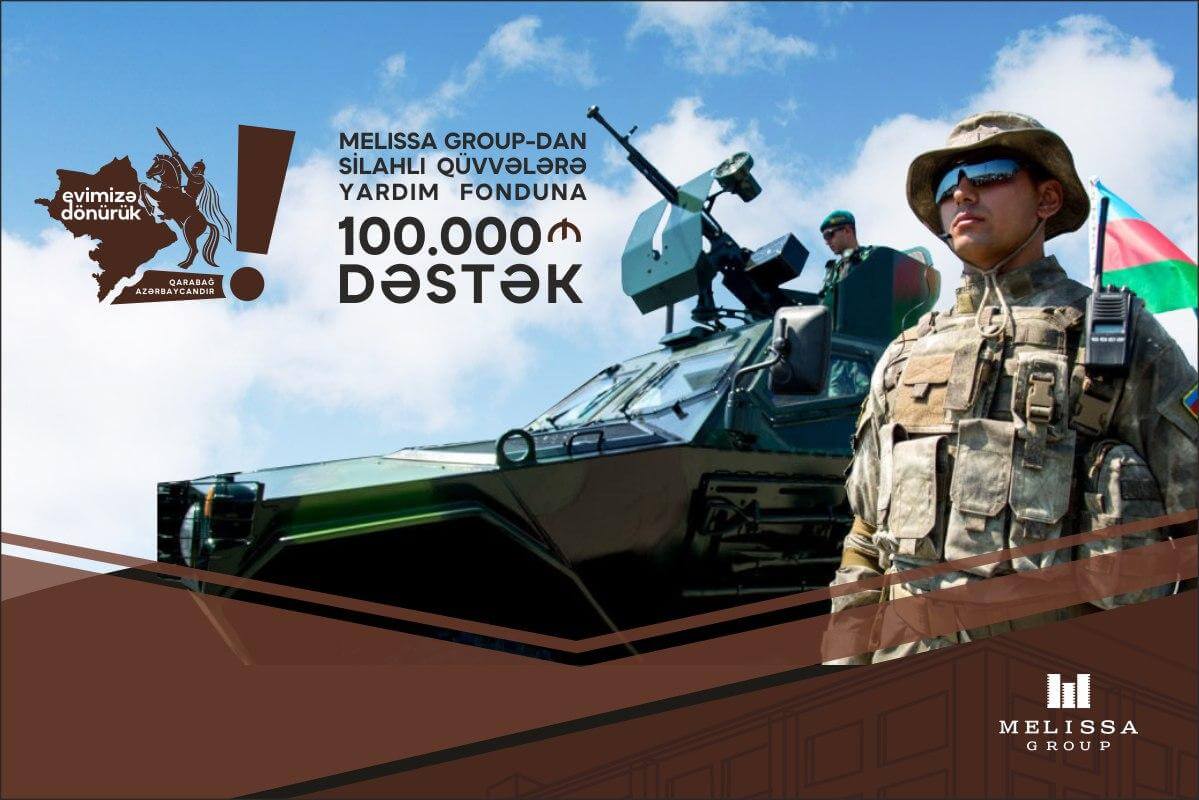 The purpose of Project

As a company to support the strategy of the state during the war.

About the Project in the Media

Melissa Group realizes the social activity "We Return Home" to raise the spirit of patriotism and fulfilling the moral duty by everyone. Within the activity, the company participates in the coordinating assistance to the front together with its employees and residents, cancels the utility payments of the residents involved in the mobilization, doesn't spare material and moral support to the families of its employees. The Azerbaijan Armed Forces Assistance Fund, established to support the army, was supported by Melissa Group in the amount of 100.000 AZN.

The company also presented the logo "We Return Home", the part of its strategic planning to raise the spirit of patriotism in wartime.

The logo depicts the long-occupied historical territories of Azerbaijan, a map of Karabakh and the Karabakh horse, became the symbol of Karabakh. The warrior on horseback symbolizes the heroes fought for the liberation of the occupied territories in all these periods. The quote "Karabakh is Azerbaijan" and the sign "!" in the logo inspired by the words of the Supreme Commander-in-Chief Ilham Aliyev and reflected.

Note that Melissa Group previously implemented the "I Love Greenery" social activity as an intermediary in the planting of hundreds of trees with the support of the Ministry of Ecology and Natural Resources, the "Smile of Dreams" social activity, the activity to support children deprived of parental care in SOS Children's Villages, and "Don't Lose Hope" social activities during the coronavirus pandemic.

Dedicated to our Martyrs and Veterans who participated in the First and Second Karabakh Wars.